A study published in the magazine Science caused a strong reaction from the Brazilian government last week. The publication shows that at least 17% of the meat and 20% of soybeans from the Amazon and the Cerrado that were exported to the European Union may have been produced in illegally deforested areas. The study used data from the production between 2016 and 2017 and compared information from 815.000 rural properties.

The study, entitled “The Rotten Apples of Brazil´s Agribusiness,” was carried out by 12 researchers from Brazil, the United States and Germany. The researchers say it is possible to identify exactly which farms in illegally deforested areas have exported cattle or soybeans to the European Union. 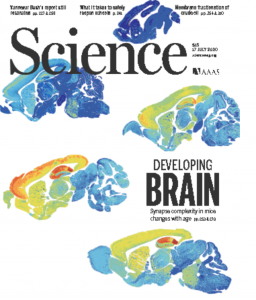 A surprising finding of the study is that only 2% of the analyzed rural properties were responsible for 60% of the detected illegal deforestation. In an interview on O Globo newspaper, Raoni Rajão, a professor and researcher at the Federal University of Minas Gerais (UFMG), and one of the authors of the study, said that this shows that the problem can be solved if the authorities focus on these farms:

“The result shows not only the problem, but identifies which areas are working right and which are working wrong. What we would like to propose is that this methodology, which was developed by a Brazilian university, can be adopted by the government in order to improve the management of production chains,” Rajão stated.

O Globo writer Leandro Prazeres reported that the study is published at a particularly difficult time for the Brazilian government, which has been questioned in Brazil and abroad in relation to its environmental policy. The article added that, the data collected by the researchers also serves as a pretext for countries such as France, which are questioning Brazil’s commitment to the environmental agenda and threatening not to ratify the trade agreement between the European Union and Mercosur.

Last Thursday, during his weekly live, president Jair Bolsonaro said that criticism of Brazil on the issue of deforestation and fires is damaging to Brazilian agribusiness.

“This information war is not an easy one. We have a problem, because Brazil is a power in agribusiness and in Europe there is an environmental sect. They have not preserved anything in their environment and all the time they shoot us unfairly, because there is a commercial fight,” declared Bolsonaro.

Meanwhile, the Ministry of Agriculture called on a group of scientists to evaluate the article in detail.

“The Ministry of Agriculture considers that the scientific article published in the journal Science contains important information about the period 2008-2018. Just as the title of the article induces and the data shows, more than 90% of rural producers were not involved in any type of illegal deforestation, based on the sample of data in the study. That way, we cannot vilify agriculture,” wrote the Ministry of Agriculture by public note.

In an interview on the Canal Rural website, an Economics professor at the University of São Paulo (USP), Celso Grisi, stated that although the data came from different sources, “the conclusions can be contradictory” and “used in different ways.”

“There is some consensus: yes, the Amazon is being deforested at a faster rate than what we could expect. Second, the government is acting very lenient about all of this. It should be more objective and act with more vigor,” said Grisi.

In the week in which deforestation in the Legal Amazon was once again featured in the international press, the Brazilian government signed a decree to suspend for 120 days the use of fire in the Amazon and the Pantanal. According to the Ministry of the Environment, the measure seeks to reduce fires in all countries during the dry season, which normally occurs between the months of August and October.

Minister Ricardo Salles’ environmental policy has been the target of criticism by environmentalists, businessmen and former members of the government itself. The Federal Public Ministry blames the minister for the lack of credibility generated by the dismantling of environmental policies. A lawsuit filed by 12 public prosecutors asks the Federal Court to remove Salles from office on an urgent basis for administrative impropriety, showed the Fantastico television program.

Folha de São Paulo writer Daniel Carvalho reported that deforestation in Brazil’s Amazon rose for the 14th consecutive month in June. In addition, it is the largest since 2016.

Also about this topic, Jake Spring from Reuters related that “researchers and environmental advocates blame Bolsonaro for emboldening illegal loggers, ranchers and land speculators by weakening environmental enforcement and calling for more commercial mining and farming in the Amazon to develop the economy.” Meanwhile, “Bolsonaro says he is being unfairly demonized, and that Brazil has an exemplary environmental track record, pointing to vast swathes of forest that remain standing.”

Joana Colussi is a journalist and visiting researcher at the University of Illinois at Urbana-Champaign (UIUC). Previously, she has reported on various agribusiness and economics topics for prominent Brazilian media publications, such as Grupo Globo affiliates. Joana holds a Master’s degree in Agribusiness, and is a Ph.D. candidate in Management at the Federal University of Rio Grande do Sul (UFRGS-Brazil).

U.S. Food Prices Climb Most Since 1979
Don Lee reported on the front page of today's Los Angeles Times that, "After months of steadily climbing to a 40-year high, the pace of inflation slowed notably in July…
Food Prices Soar, Up 10.4 Percent From Last Year, Biggest Jump Since 1981
Rachel Siegel reported on the front page of today's Washington Post that, "Inflation soared in June, continuing to climb at the fastest pace in 40 years across many sectors of…
Federal Reserve: Observations on the Ag Economy- July 2022
On Wednesday, the Federal Reserve Board released its July 2022 Beige Book update, a summary of commentary on current economic conditions by Federal Reserve District. The report included several observations pertaining…
Back To Top